Result of the Fall. We don’t become sinners because we sin; we sin because we are sinners 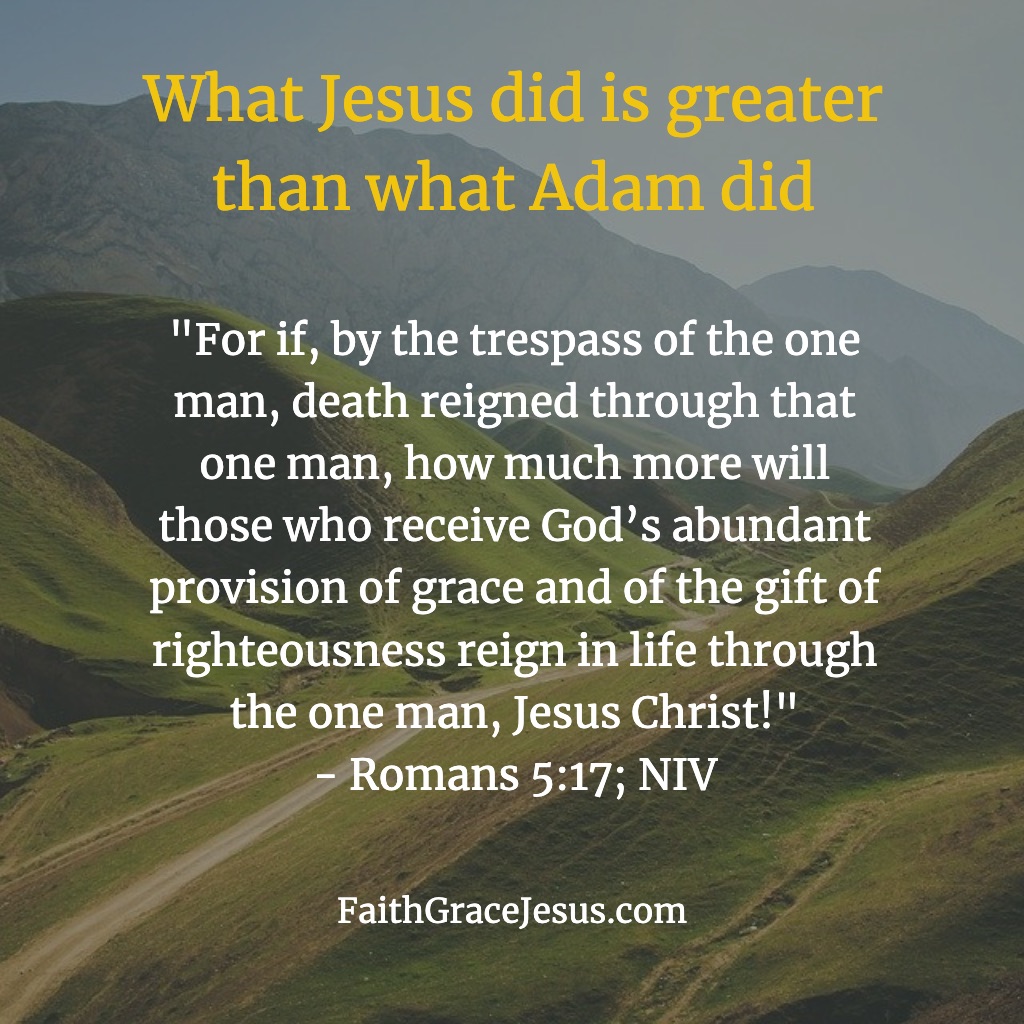 A dog doesn’t become a dog because it barks. A dog barks because it’s a dog.

It’s the same for us: We are not sinners because we sin, but we sin because we are sinners. Sin and the devastating consequences came from Adam’s disobedience to God.

Jesus as the counter image of Adam; the grace that brings everlasting life is more powerful than the deadly sin that came into the world through Adam’s disobedience to God.

“When Adam sinned, sin entered the world. Adam’s sin brought death, so death spread to everyone, for everyone sinned.” (Romans 5:12; NLT)

But Jesus makes all the difference

“But the gift is not like the trespass. For if the many died by the trespass of the one man, how much more did God’s grace and the gift that came by the grace of the one man, Jesus Christ, overflow to the many! Nor can the gift of God be compared with the result of one man’s sin: The judgment followed one sin and brought condemnation, but the gift followed many trespasses and brought justification. For if, by the trespass of the one man, death reigned through that one man, how much more will those who receive God’s abundant provision of grace and of the gift of righteousness reign in life through the one man, Jesus Christ! Consequently, just as one trespass resulted in condemnation for all people, so also one righteous act resulted in justification and life for all people.” 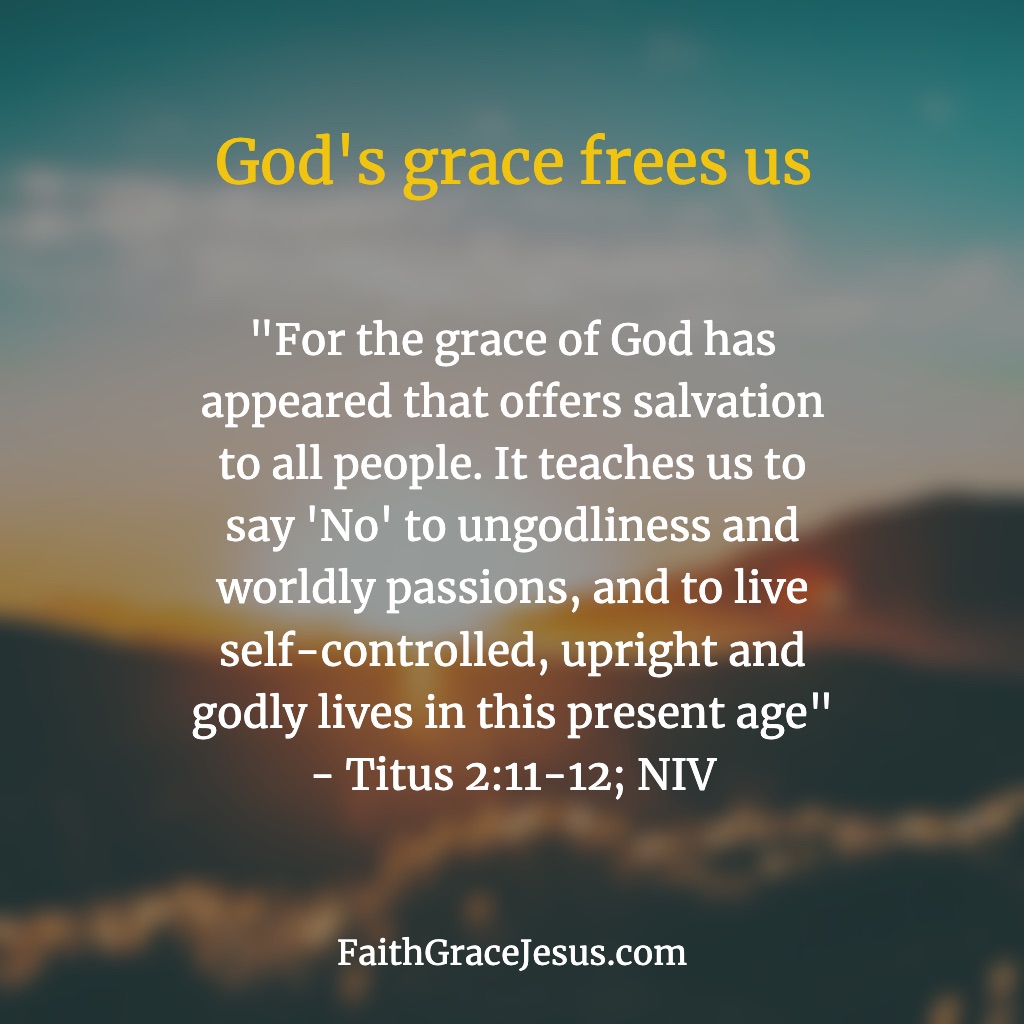 The Commandments do not teach us. In the grace given to us, we become better people

Jesus is the Great High Priest

Free from fear, sadness and panic attacks. Free from all guilt 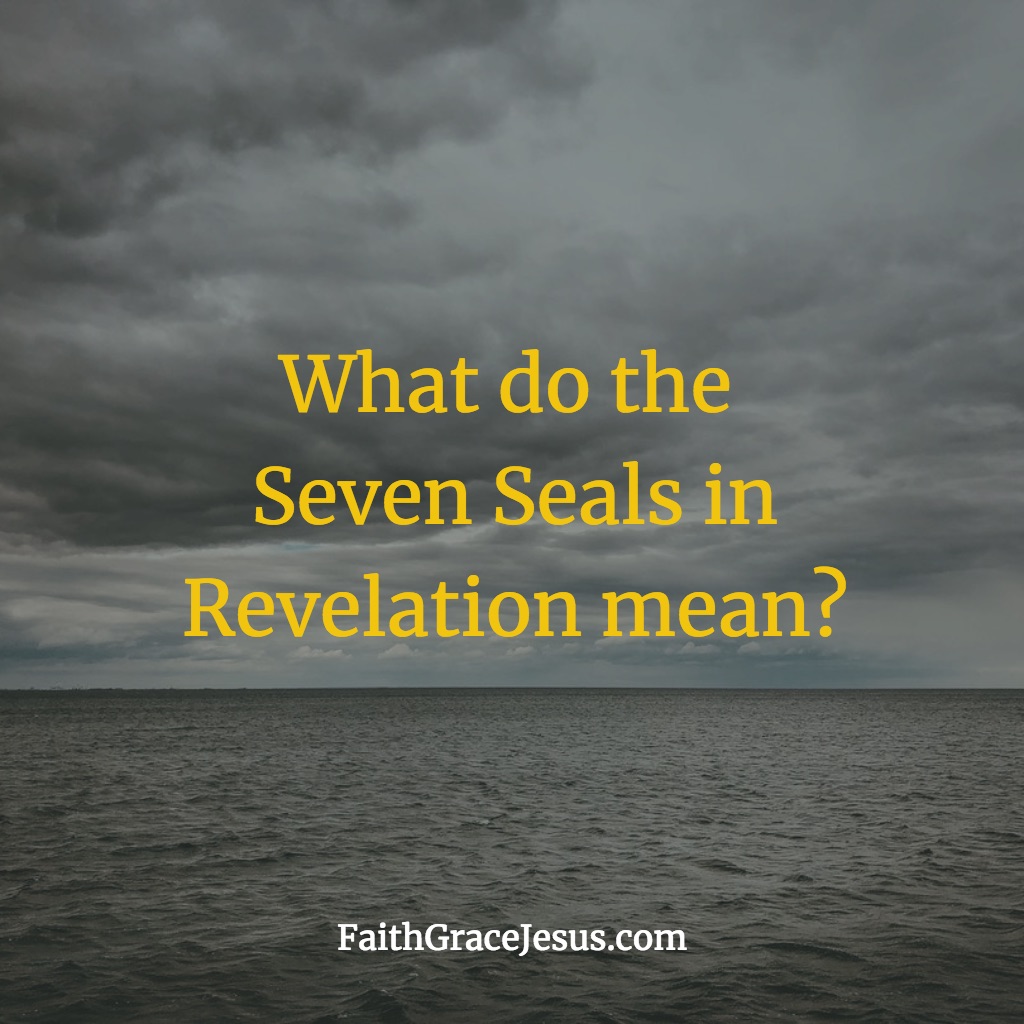